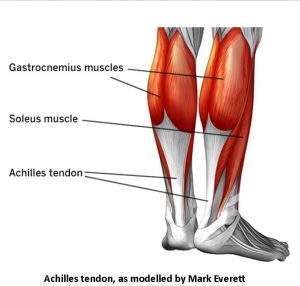 Work commitments and injury led to a depleted Gunnislake side heading north for a fixture in the wilds of Devon, AKA Holsworthy.  Mark Everett is out for several weeks with a troublesome Achilles, Dinesh Thirupuvanarajah claimed a combination of manflu and work commitments, Paul Lees and Jake Beare were working and Uncle Kevin had pulled a hamstring.  Meanwhile Callington reclaimed Spencer Whatley for their third team, but lent us Piran Knott in exchange.  The roulette wheel had been spun and another four changes came into effect.  We even turned down an enquiry for loan players from Saltash St Stephens, but were able to welcome back Brian Martin and Iain Barker.  Are you keeping up?  No wonder our groundsman, Cliff Boundy, claimed not to recognise half the side last week!

Holsworthy have found their way to the top of the League after a surprise opening day defeat, so a tough game was in prospect.  Sylvan Pook was fresh back from a scouting mission, having played against them on loan for Saltash St Stephens the previous Saturday.  Four good fast bowlers and a powerful batting line-up was the report.  One day later it would be hard to disagree with that assessment!  Meanwhile, on to the match…..

Gunnislake won the toss and chose to bat, in part because two team members were circling the local housing estate trying to find the ground.  Stephen Lees and Ian Mill made a breezy start, including sixteen off one over, but a small snick behind by Lees ended the partnership at 40.  Holsworthy turned the screw, with young pace from Will Priest and Rowan Tidball and miserly accuracy from John Snell.  Joe Organ and The Two Ians (Mill and Barker) and Nick Wiggs were out in quick succession.  Wiggs suffered a dislocated shoulder as he heroically dived, trying to avoid a run-out. This left Brian Martin and young emerging talent Owen Patton to rebuild.  They did so steadily, but a bit slowly, with the scoring rate always under control by Holsworthy.  Well on top, Holsworthy chose to give a turn to all of their spinners, with seven bowlers having a brief spell.  By tea Gunnislake had pottered their way to 124 for the loss of seven wickets.  Patton finished unbeaten on 26 as he top scored for his side and for the second week running recorded his highest Gunnislake score.  Well done Owen!  Half way through it was apparently honours even – three bonus points each.  I suspect the odds at the bookies were slightly more in favour of Holsworthy.

Holsworthy ‘s batsmen set off on the chase with some gusto.  Piran Knott, in his first appearance for Gunnislake bowled admirably.  A few strayed down leg side, but he was fast and attracted some movement.  At the other end Sylvan Pook was up to his old tricks also moving a few past the outside edge.  But in between Holsworthy captain Piper and John Snell hit hard and far as the scoreboard danced along at seven an over.  Piper eventually chopped on to a ball that kept low, bowled by Pook for 31.  But Snell continued on his merry way, past 50 and carrying Holsworthy over the line with no further alarms, to finish unbeaten on76.  A mere seventeen overs was enough, as the match finished in time to watch the Wales football match.  Gunnislake slunk off home, or in Nick’s case to Derriford A&E.

Stop Press: Our roving reporter can confirm that the NHS have put Nick’s shoulder back in place but that he will be out for several weeks.